“When I think about kids watching a TV show like American Idol or The Voice, then they think, ‘Oh, OK, that’s how you become a musician, you stand in line for eight f*cking hours with 800 people at a convention center and… then you sing your heart out for someone and then they tell you it’s not f*ckin’ good enough.’ Can you imagine?” he implores. “It’s destroying the next generation of musicians! …Musicians should go to a yard sale and buy and old f*cking drum set and get in their garage and just suck. And get their friends to come in and they’ll suck, too. And then they’ll f*cking start playing and they’ll have the best time they’ve ever had in their lives and then all of a sudden they’ll become Nirvana. Because that’s exactly what happened with Nirvana. Just a bunch of guys that had some sh*tty old instruments and they got together and started playing some noisy-ass sh*t, and they became the biggest band in the world. That can happen again! You don’t need a f*cking computer or the internet or The Voice or American Idol.” — Dave Grohl (via blacktooth100)

Musings on a friend’s comments re: Simon Cowell – vetoing Chris Daughtry – and almost cancelling out a great career/millions of albums sales/world tour.  This is one of those issues that will always make me see red.  Cowell and his like have learned their cues from politicians – promising the earth, delivering nothing, yet candidly earning obscene personal fortunes.  Firstly, Cowell has no real understanding of music, let alone Rock – his shakiest ground.  He’s tried repeatedly and unsuccessfully to clone the next Beyonce, a mainstream artist in a genre that’s quite transparent: no cult alternative audience to second guess – no unique guitar skills to understand – rarely a lyric of unsafe social comment to arbitrate – and he couldn’t even do THAT.  On the Beyonce front, there’ve been a couple of UK contenders with great voices, yet the last thing I saw one of these ‘winners’ perform was a TV commercial for an underarm deodorant.  Temper that with the phenomenal exposure/promotion these acts have had on prime-time US/UK TV – and they STILL couldn’t sustain consistent sales.  That is almost UNTHINKABLE.

Chris Daughtry was WAY out of Cowell’s comfort zone – another reason he should be judging Bathing Suit competitions – if political correctness hadn’t consigned them to the waste bin of history.  The chances of finding a REAL artist on any of these shows is slightly more of being struck by lightning – every day of your life.  They’re the (far distant) exception rather than the rule.  But the saddest thing is:  all the young wannabes who really think that it is STILL possible.  I hate to see them ‘crash and burn’, and I’m genuinely worried that the rejection process will do serious long-term damage to their mental health.   Many of these kids have no skills.  They’re tone deaf – they cannot sing.  They will never be able to LEARN how to sing.  In the UK, the worst of these clueless, sacrificial lambs are served up for audience mockery: cheap, undisguised cruelty.  I’ve made this analogy (several times) before, but during the Victorian era, people paid to visit mental asylums for their entertainment – to laugh at the inmates.  I personally see NO difference with Cowell’s UK TV programmes.  At least in the US, they seem to weed out more of the rubes, early on, and actually try to promote talent.

But you have to ask yourself; exactly WHAT is it many of these contestants actually want?  Is it just to be famous?  No skills.  No talent.  Just ‘fame.’  In this ‘Instant Gratification Culture’ many people fall into that category.  I don’t personally know ANYONE in music, or who WANTS to be in music – who identifies with that absence of depth.   The people I know modesty aspire to make a living – writing and performing their own music.  We have to make that distinction now between ‘musicians’ and ‘fame freaks.’  What Dave Grohl is talking about – and I’ve said the same thing repeatedly too – is that we’re in danger of losing a whole generation of real musicians forming real bands.  They’re being hammered in the head with alternative ‘models’ of the actually definition of REAL bands and authentic music.  The WILL to WRITE has to be reinvented.

And THAT is the other glaring HOLE in the Cowell dream factory; many of the biggest acts in music don’t WRITE their OWN material.  That means whoever WINS one of his shows has to wait in line with people LIKE Beyonce, Madonna etc – and catch the crumbs from THEIR table.  If you were the go-to-guy for hit songs and you had another great track to sell, who would YOU offer it to?  An artist with a globally established name who is guaranteed to make it a hit?  Or some green kid who’s being groomed to look/sound LIKE a globally established name?  And remember, if that track fails, the buck won’t stop with the singer – it also casts doubt on the skills of the writer too.  There’s a one turkey limit – a couple of turkeys – and the phone stops ringing.  We live in SHALLOW times.

When I started out my first guitar wasn’t new, bar picks and pitch pipes, none of my gear was.  It wouldn’t stay in tune beyond a few songs.  When I had more money, I replaced the machine heads and set it up by myself.  My first amp was held together with gaffer-tape – and ran on a ‘diet’ of any valve that was obtainable from the Junk shops my friends and I constantly annoyed.  I think some were culled from broken TV’s .  My first speaker cabinet was home-made – though not by me.  It had coffin handles – I liked to think of it as ‘early Addams Family’.  When the speakers died I fitted and rewired them myself – I had to borrow the soldering equipment.  The speakers came from someone else’s broken, traded-in cabinet.  I learned a trick of melting candle wax over the wire/speaker joints to stop them vibrating free and breaking.  That’s if I didn’t spoil the deal by dry-soldering the damn things first.  But before that I had to decide whether to wire them in Series or Parallel.  I had no idea what that meant.  There was no internet.  There WAS a library.  I’m a self-taught guitarist.  I play what’s laughingly known as ‘Claw-Hammer’ style.  That’s when you play open chords with your thumb over the top edge of the fretboard.  It’s a crude MISTAKE.  A fool’s mistake.  A good guitar teacher would jump on that from day one.  But everything I did was a learning experience; every component, every gig.  But that’s the crucible of ‘noisy-ass shit’ that Dave Grohl is talking about too.

For most kids starting out – that experience has gone.  The nearest guitar shop to me, the owner makes more money from restringing guitars than selling them.  I cannot imagine NOT stringing my own guitar.  It was the first thing I learned.  I’ve met kids today who can’t tune their own instruments – nor care.  And they actually make Gizmo’s now that do THAT for you.  They want to be in bands – but only if someone else does all the actual work.  They don’t even want to rehearse if it means leaving their house – and never more than twice a week.   I once did a gig with another band – their first gig – and the guitarist had paid for autographed guitar picks with his name on to ‘throw into the audience.’  If I remember rightly: the same guy who threw up for half an hour before their set.  The birth pangs of Rock God’s are rarely painless.  I’ve been at a gig where the support band had to cancel because “the (male) bass player thought that he may have left his hair-curling tongs plugged in at home.  I’m serious.  I freely promote bands via blogs, my website and I guest write for ‘International Music News.’  I leave my card/details at loads of gigs and you’d be amazed how few people actually bother to respond.  That’s free press.  But too much trouble to send an email with the band’s names on (for spelling), set list, Bio – because that’s all I ever ask for.

If they’re the future of ‘real music’ – I don’t really expect much from them, can’t say I’ll really be rooting for them.   And ‘Talent Show’, ‘Freak Show’ or not, I just want to see these proto-Stars of the Future pay their dues.  Because I did. 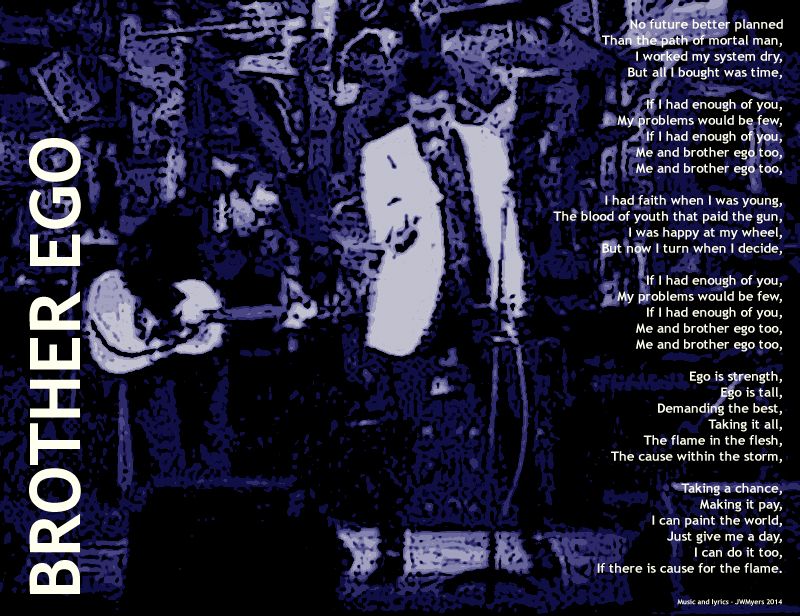